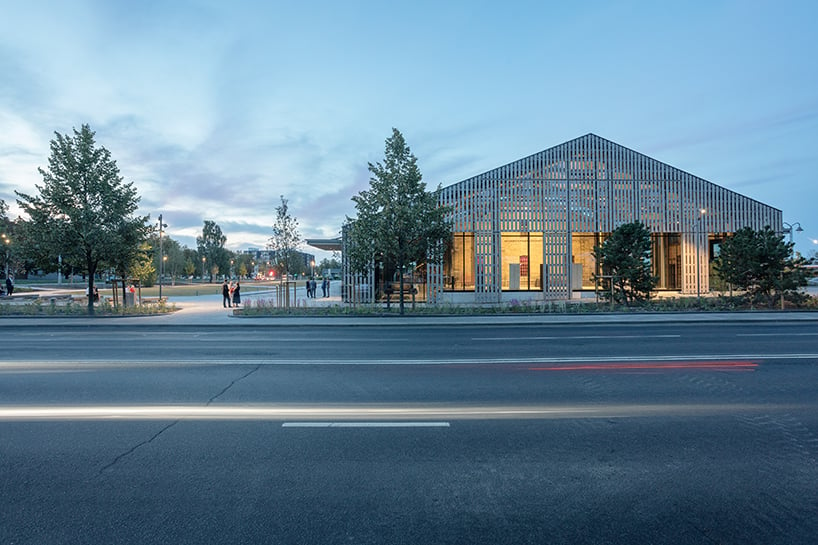 from 20thFrom a 20th-century railway warehouse to a modern event space, Hanzas Perons sits in the heart of Riga as a fusion of the Latvian the industrial history of the capital and the bustling cultural present. Leaving most of the abandoned structure untouched, Sudraba Arhitektura restored its historic patina and wrapped it in a delicate glass structure complemented by contemporary steel Details. Today, the structure animates the city as a multipurpose space hosting concerts, exhibitions, banquets and more, an emblem of its rich history.

Inside, the original masonry and the wooden structure has been celebrated and preserved, confronted in poetic harmony by modern materials such as terrazzo floors, concrete and steel. Refined new details express modest references to the railway aesthetic, while preserved concrete platforms and a railway line run through the building to honor the memory of the place. 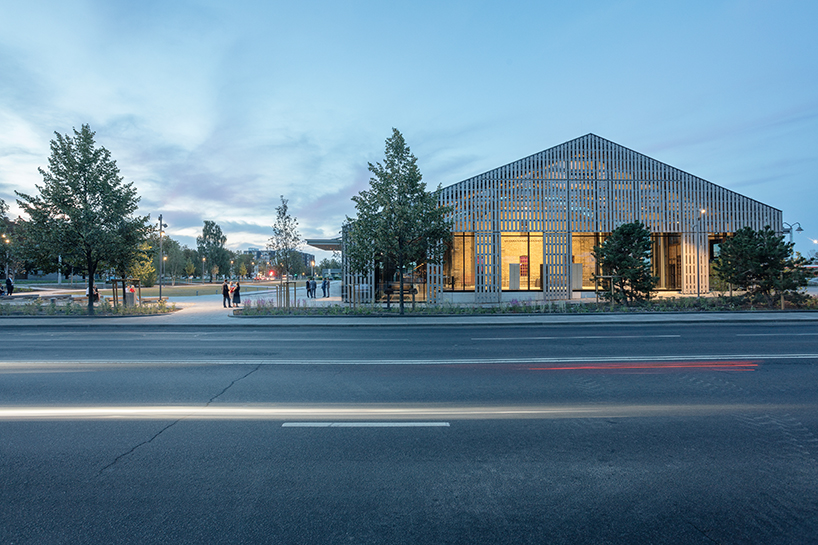 Following the recent surge in architectural projects in Riga, which have seen the regeneration of heritage structures into innovative and modern locations, Sudraba Arhitektura has taken over Hanzas Perons, which was formerly part of a large freight train station. Today, it remains largely untouched as the last survivor of 15 warehouses that once stood alongside the historic tracks, with exposed brick walls, wooden beams and sophisticated sliding doors and gates. With its new design, The architects combine old and new elements for a harmonious fusion of heritage and innovations, ‘where respect for history is reflected in elaborate modern solutions, giving new life to the old.’ 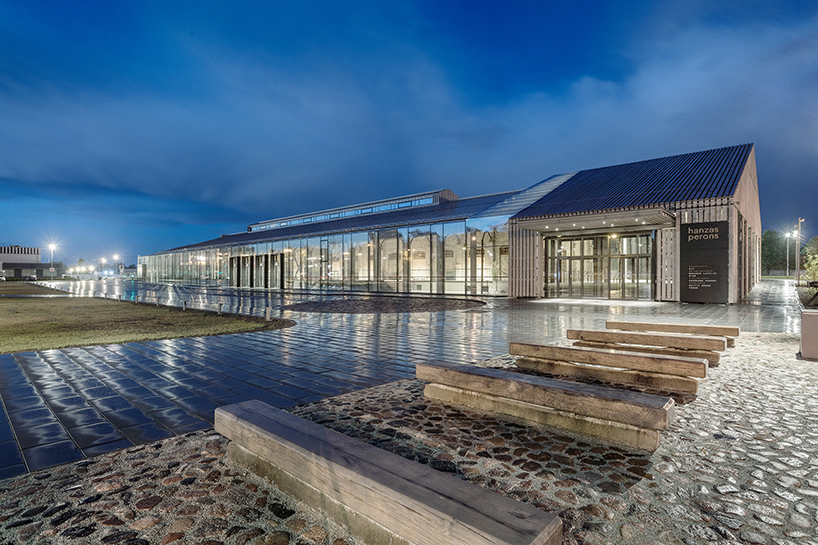 from the railway warehouse to the space for cultural events

When starting the project, despite its well-preserved condition, the structure was deemed structurally unsound by engineers. As such, Sudraba Arhitektura has preserved as much of its original identity as possible, while reviving its functionality to make it the largest private cultural building in Latvia. Rather than implementing new pillars and support elements to reinforce the existing structure, an external steel frame was built to wrap around the historic structure. Consequently, additional service spaces and technical installations were resolved in a visual language and clear circulation.

The greatest spatial value of Hanzas Perons – a large column-free hall – is at the center of the warehouse measuring 15 meters wide and 80 meters long. It was preserved in its entirety and reused to host various concerts and exhibitions. It can be divided into three distinct spaces, allowing for remarkable flexibility. 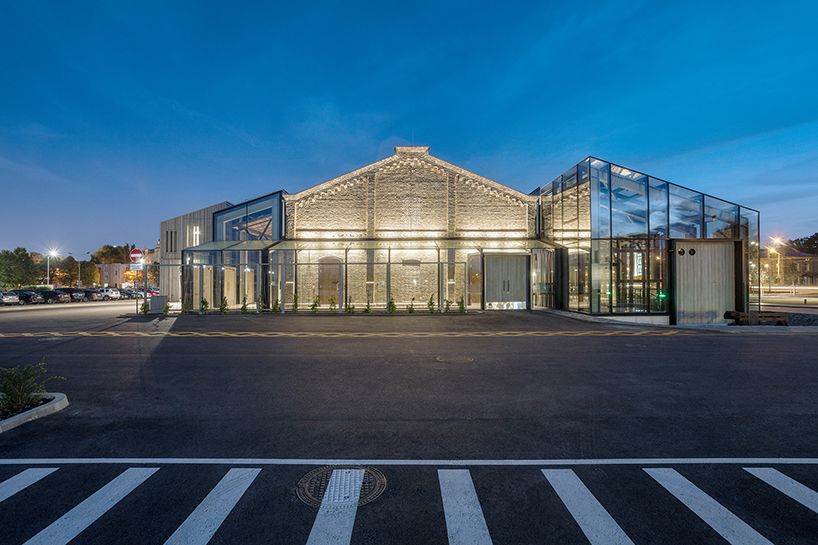 The warehouse’s original roof, forming wide canopies on both sides, initially covered the logistics platforms where freight cars approached on one side and trucks on the other. Instead, Sudraba Arhitektura takes this feature and transforms protected platforms into elegant and glamorous lobbies. At the southern end of Hanzas Perons, a new double-height space brings the structure closer to the street to serve as the main entrance hall.

At night, the new building takes on a new look along the street, as the transparent lobbies are illuminated from within and the old structure becomes visible from the outside as a striking silhouette. 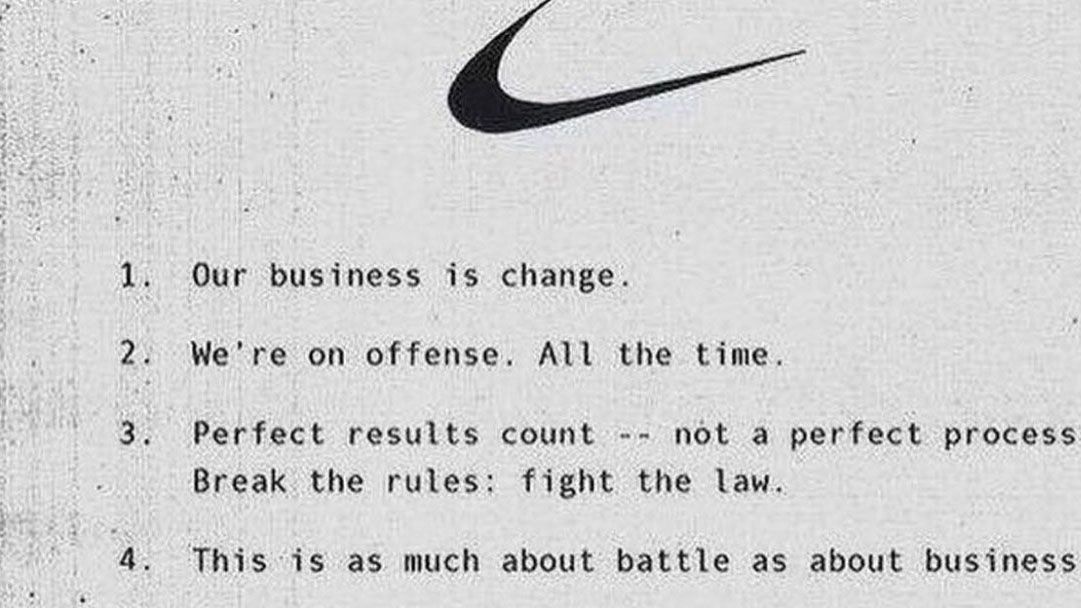 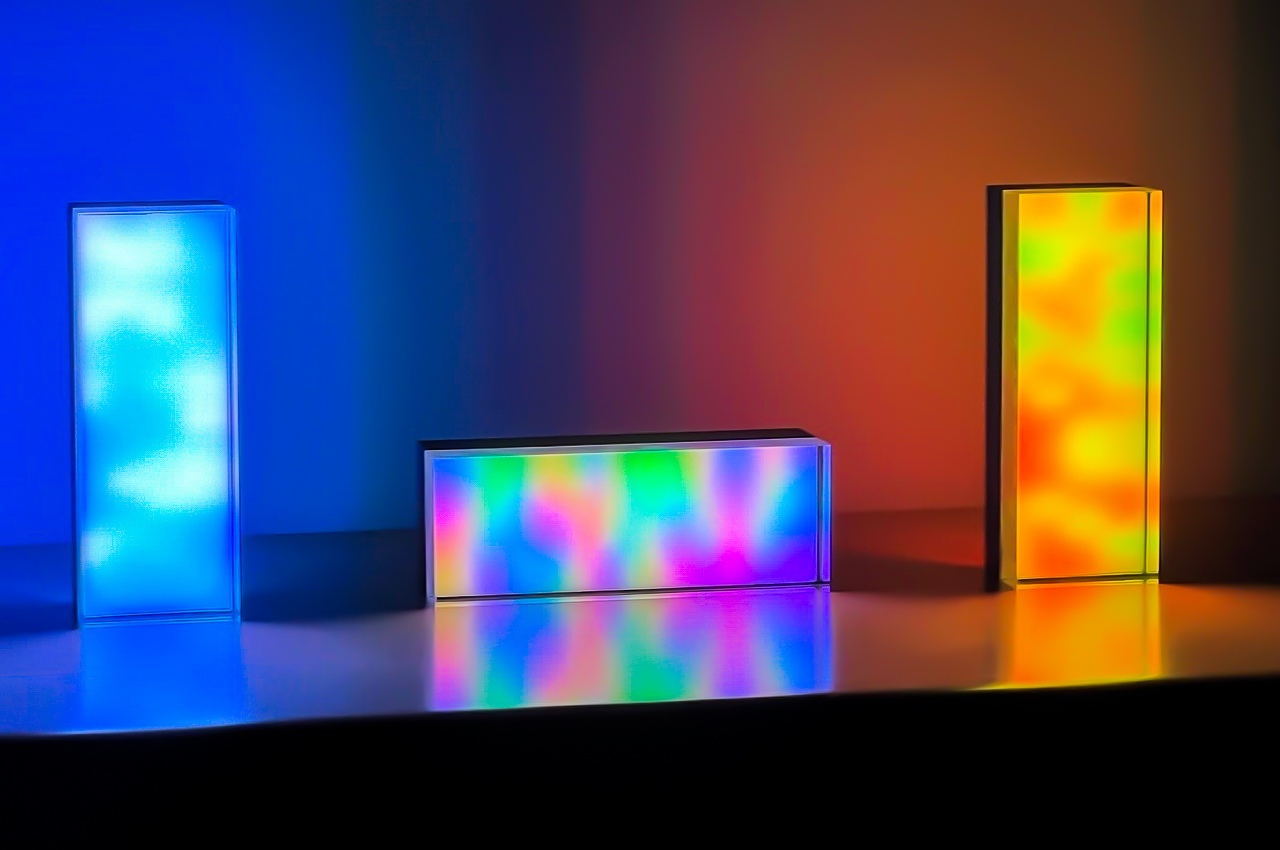 The perfect smart light bulb for 2023: Moonside Neon Crystal Cube is a stylish, modular light bulb with a vibrant character 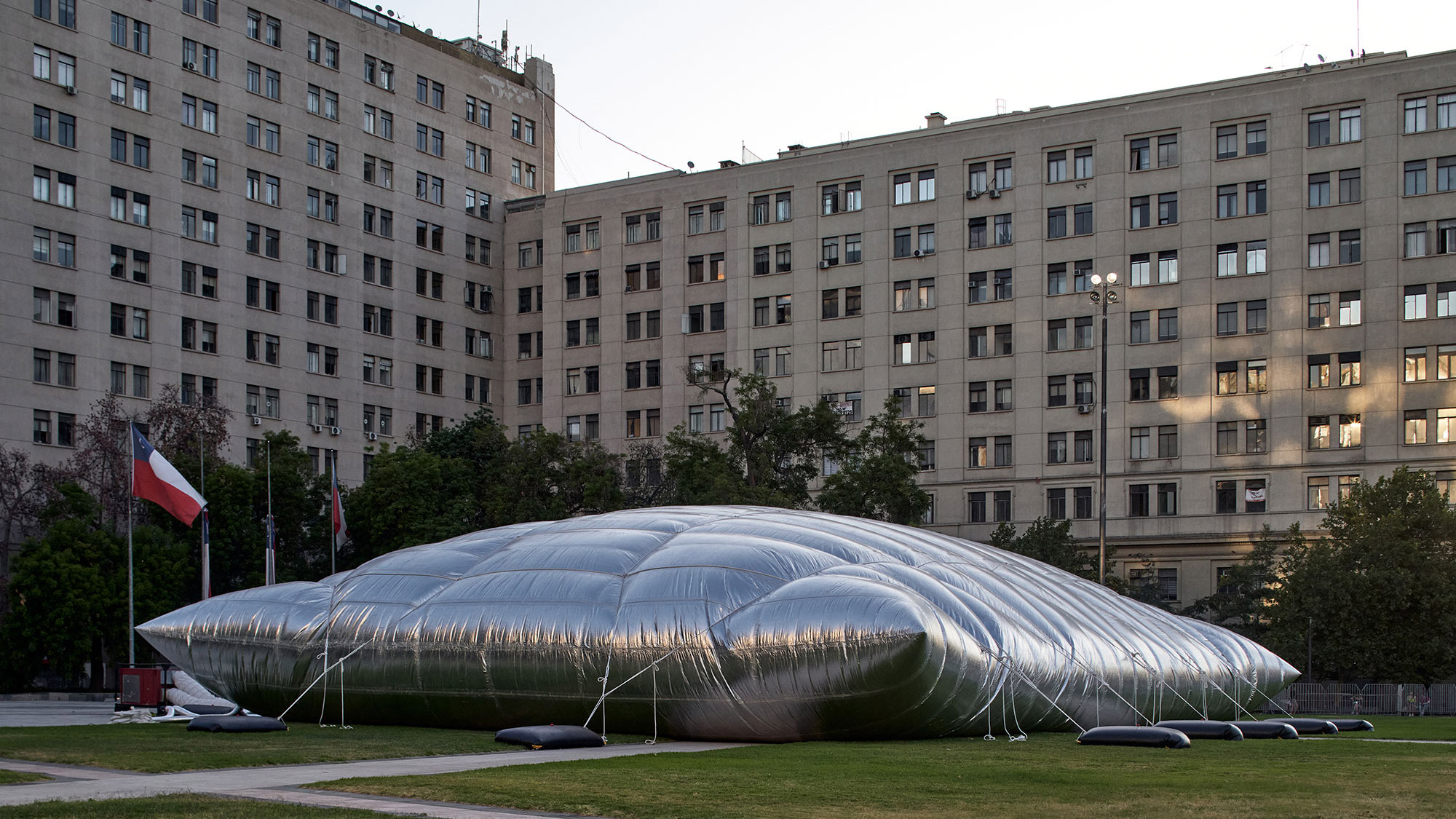