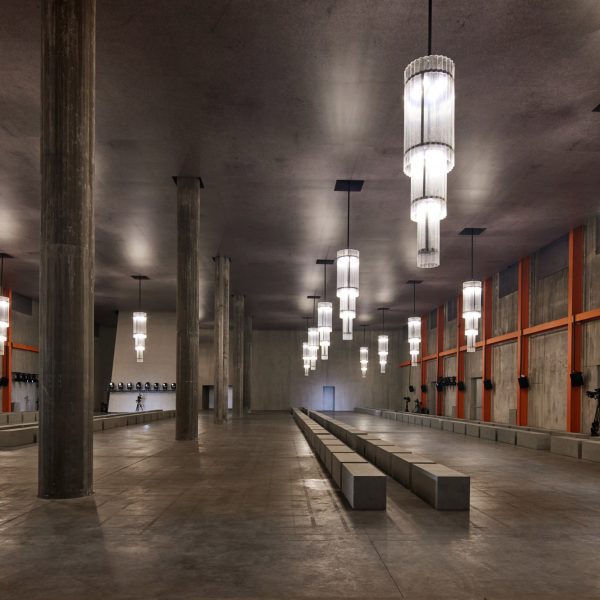 AMO, OMA’s research and design studio, added a retractable roof to the Fondazione Prada that moved to reveal an array of art deco chandeliers for Prada’s Fall-Winter 2023 menswear show.

“For the Prada Fall Winter 2023 men’s show, AMO conceived a scenography that transforms as the public watches the show, changing the perception of the space inside the Deposito da Fondazione Prada,” said AMO.

“The room is empty, filled only with rows of benches made of concrete.”

Before the show started, the room looked like a dimly lit concrete bunker, measuring 2.7 meters high and decorated only by rows of concrete benches.

As the models entered the room, the recessed ceiling slowly began to rise, revealing a haze of glowing light from several square openings in its surface.

From here, three-tiered chandeliers, made from translucent sheets of ribbed polycarbonate, were revealed from within openings in the ceiling and illuminated the concrete art storage space as the ceiling continued to rise.

The movable lining worked as a result of a series of chains attached to motorized systems that raised and lowered the false lining of coffins over the original lining of the Deposito. 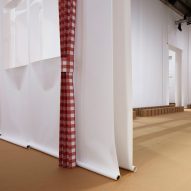 The chandeliers revealed the entirety of the room and the orange-painted structural beams that line the walls of the Deposito, as well as the ribbon-marked floors and installations from the sets of previous Prada shows, such as the Spring Summer 2019 show, and various exhibitions.

After reaching nine meters in height, the ceiling began to return to its initial height, restoring the concrete room to its cold, dimly lit bunker form.

“During the show, the ceiling rises, revealing a series of ten-foot-high chandeliers – designed to reference a classic form with an industrial materiality – and then recedes to its initial position.”

“The room’s proportions and atmosphere change almost imperceptibly from a dark, low-ceilinged room to a cozy, monumental hall-like space, and back again.”

The set also nodded to AMO’s previous sets for Prada.

Prada is headed by Italian designer Miuccia Prada and Belgian designer Raf Simons, who joined the house as co-creative director in 2020. In 2022, Simons unexpectedly announced the closure of his 27-year-old namesake label.

Photography and video courtesy of OMA. 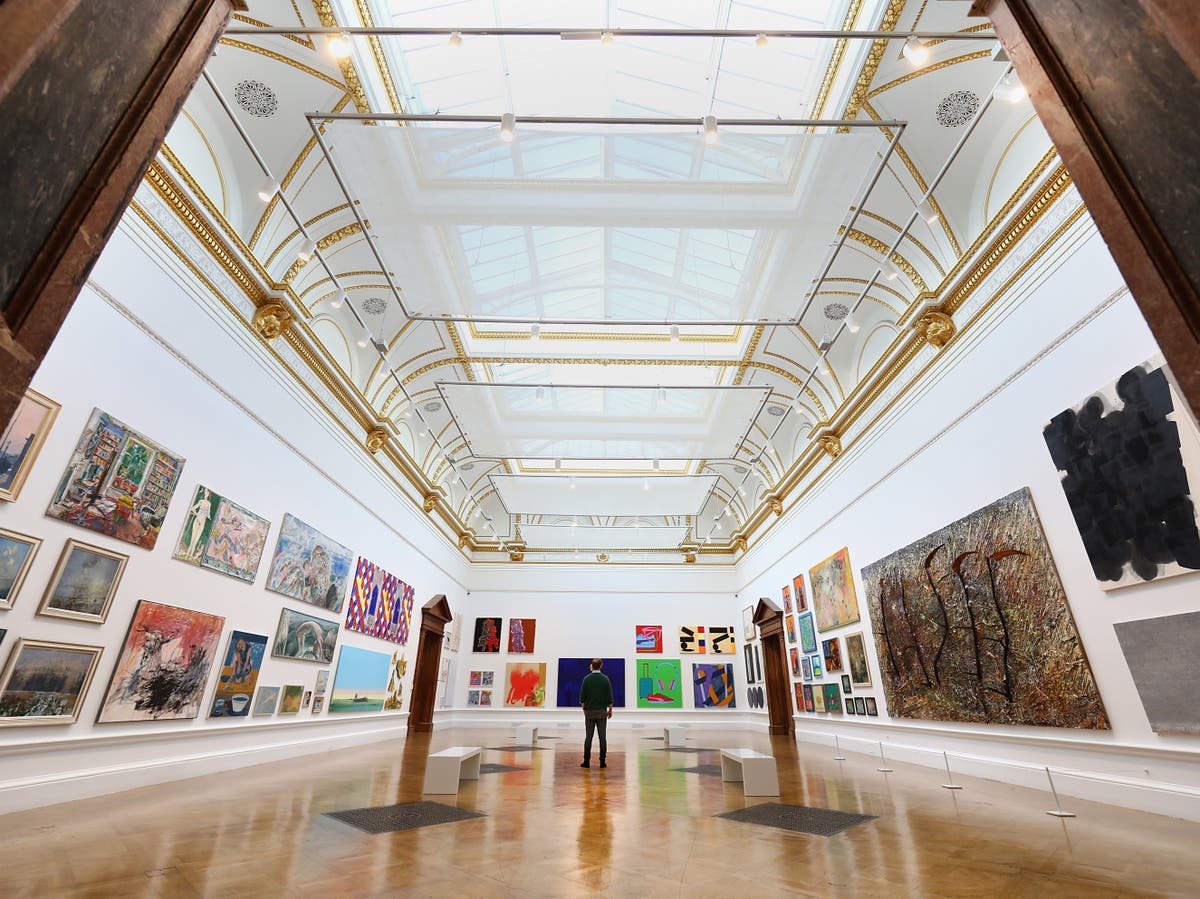 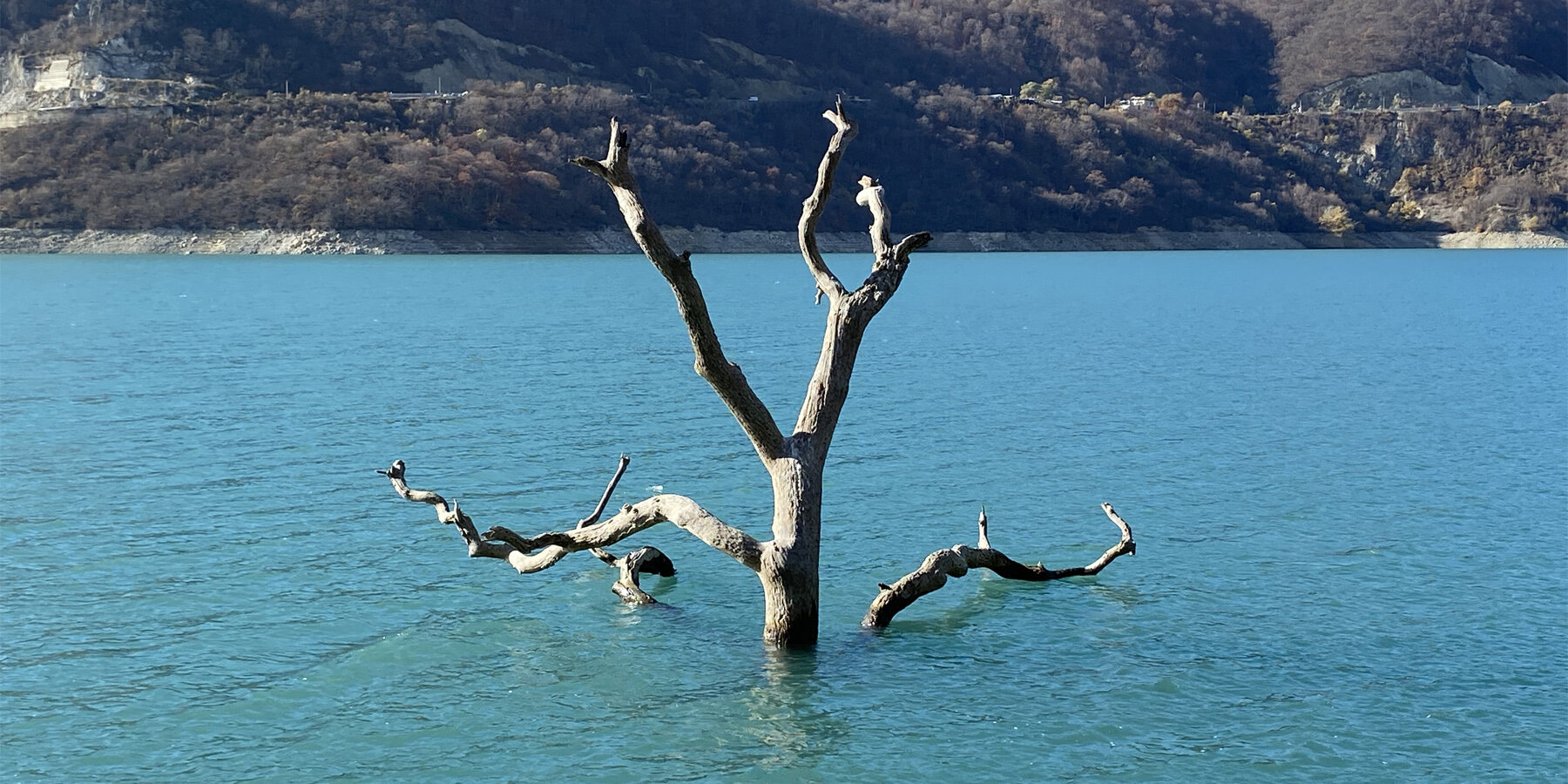 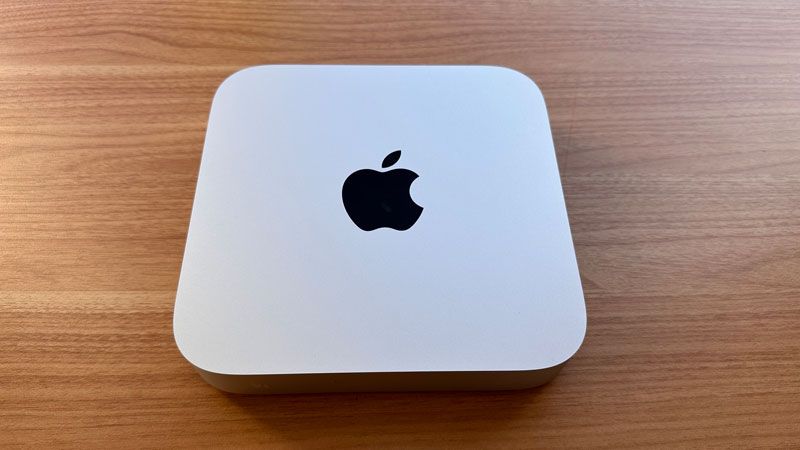