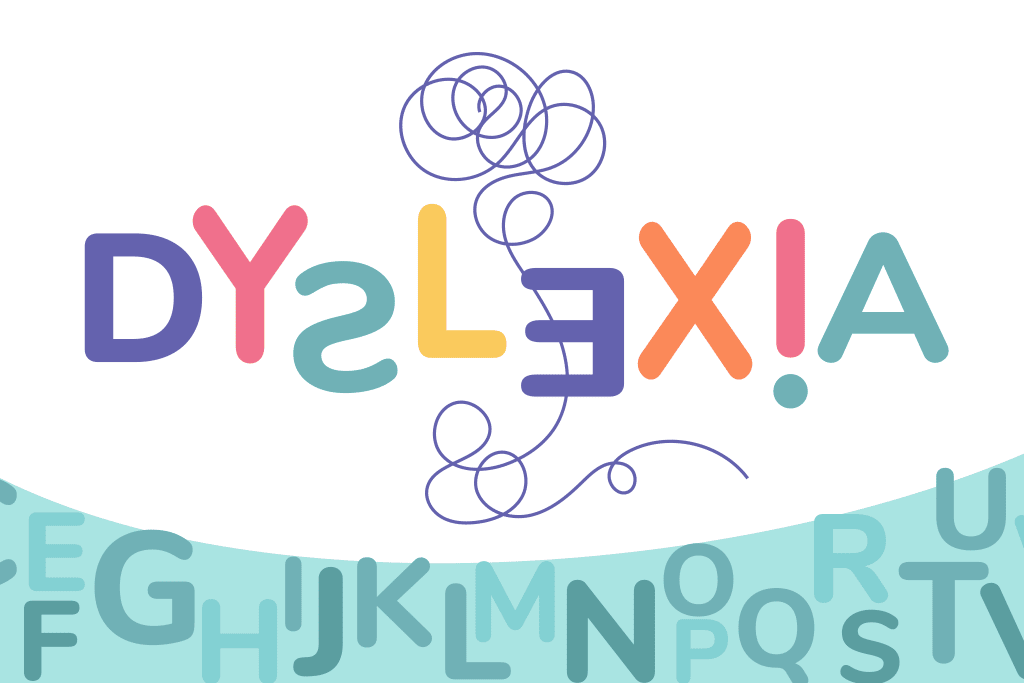 Are you looking for the best fonts for dyslexia? We’ve explained them all to you below.

A shocking 5 to 15% of Americans suffer from dyslexia, a learning disability that makes it difficult to read, write and spell, regardless of intelligence or effort, a study suggests.

Taking all of this into consideration, which typeface works best to make text easier for dyslexics to read?

Which font style is best for dyslexia?

Sans serif fonts, known as “san-serifs” are the friendliest for those with dyslexia.

Sans serif fonts are often recommended by experts because serif fonts – with their curves and folds at the end of strokes – tend to visually complicate the appearance of letters.

Which font is best for dyslexia?

If we had to choose the best font for dyslexia, arial or comic sans would be at the top of the list as they are standard on most computers and meet the requirements for a dyslexia compatible font as described below.

Or if you want to buy a specific font, try readable Lexi which has less of a comic book feel than Comic Sans.

If you’re looking for some more dyslexia-friendly fonts, both proven and new options, check out our list below.

How do you select the appropriate font for dyslexia?

The presence of a font design can convey a brand’s voice, which then sets the tone for all public interactions.

So when creating new campaigns or designing marketing materials for businesses and brands, choose a font that is simple to read in large and small font sizes. The message should never (or should we say rarely?) be dominated by the typeface.

Consider sources suitable for dyslexia, such as those noted in this summary.

Last but not least, be kind to Comic Sans. What may initially seem childish or informal may actually be the only way anyone can make it readable. Allow someone else to use Comic Sans if it doesn’t conflict with the company’s requirements or the overall brand voice.

While Arial, Century Gothic™ and Verdana® have been scientifically shown to make reading easier for dyslexics, there are many other options in this category. 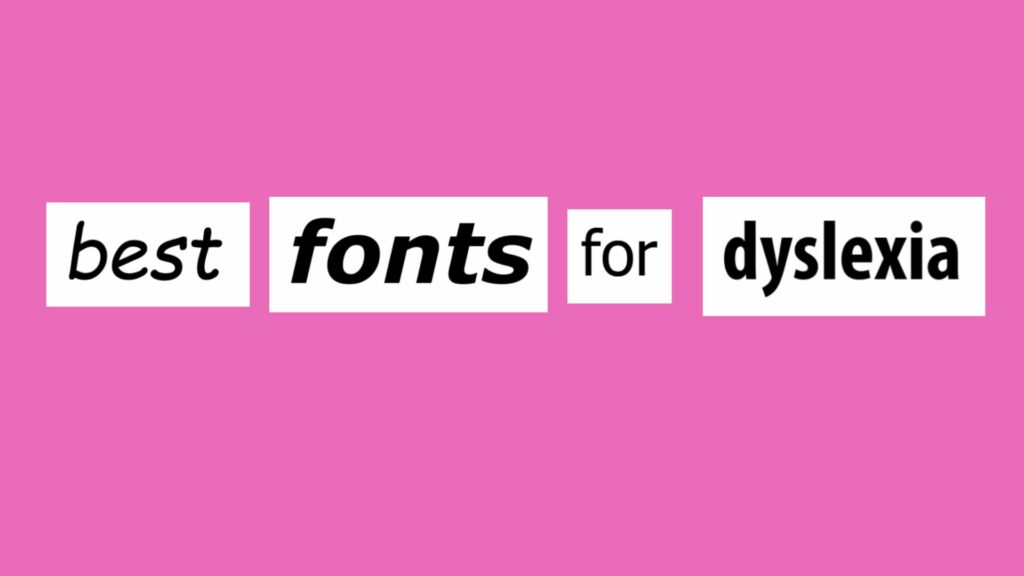 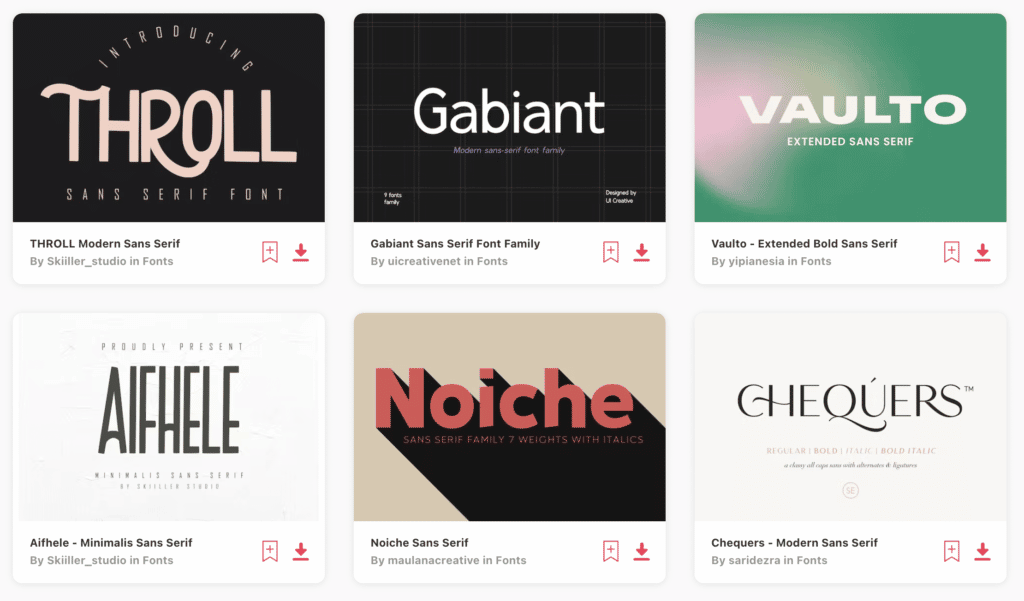 download all best fonts for dyslexia you need and many more design elements, available for a monthly subscription by subscribing Envato Elements. Subscription costs $16.50 per month and offers unlimited access to a huge and growing library of more than 50 million downloadable items whenever you need them (stock effects and element packs too)! legible lexie, formerly Lexia Readable, was created with accessibility and readability in mind. His goal was to replicate the strength and clarity of Comic Sans without the comic book overtones.

Dyslexic readers can benefit from resources such as the handwritten forms of aeg and asymmetrical b and d. That said, this pick is the best one to start with here. arialSimple lines and straightforward font make it easy to read and understand. For this reason, experts cite it as one of the top 3 most readable fonts to date. From headlines to paragraphs, Microsoft’s Arial certainly offers a friendly reading experience for people with dyslexia.

This is our top pick for a dyslexia-friendly font, and a tried-and-true choice. 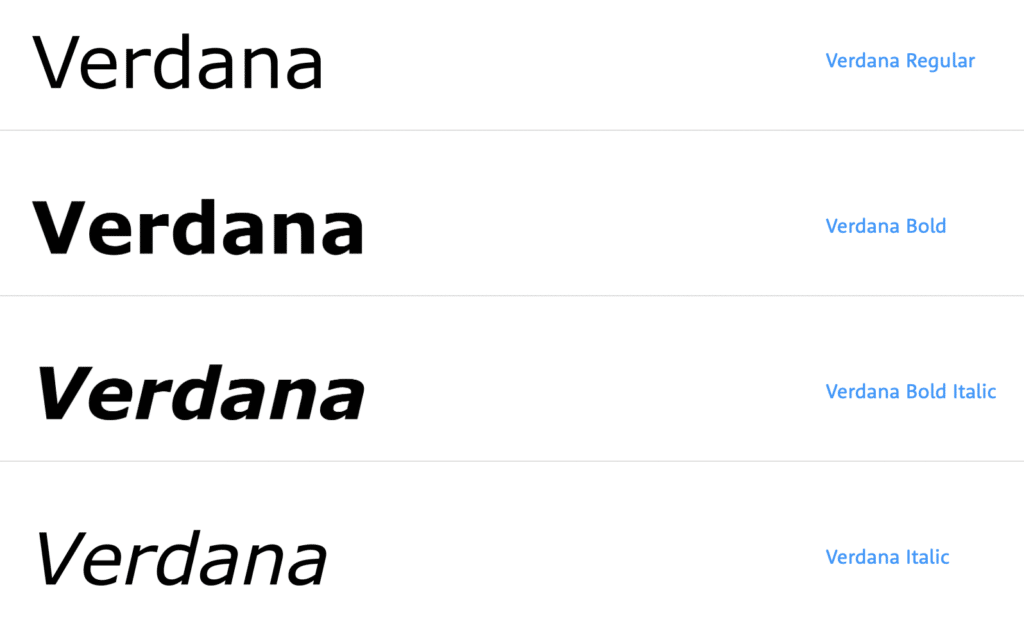 Verdana®The calculated curves and constraint make it the next best font to read. Each letter is easy on the eyes and quick to translate, making it one of the best fonts for dyslexia.

It’s impossible to write a list about the best fonts for dyslexia without mentioning Century Gothic™. Comprised of thick frames and sharp edges, it’s clear where each character starts and ends. As a result, this pick is also one of the top contenders in the category. As a digitally enhanced handwritten font, fenord does a great job of keeping each character short and readable. Complete with uppercase and lowercase letters, there are many designs and editorial projects that anyone can maximize this to. Gilgan is another stunning sans serif that is pleasing to the eye. With predictable curves and sharp edges, this easy-to-read font doesn’t require elaborate explanations as to why it’s on the list.

What does the regular tahoma such a highlight here is how beautifully extended each character is. Calculated, restrained, and tastefully distinguished, this preppy-looking font is sure to please everyone. One of the most fun packages here is grotesque handicraft. With deeper crevices and elongated gaps, this sans serif font is perfect for headlines and long blocks of text. ryver sans is made to make the most of the visuals. The six weights are ideal for headlines, posters, social media, large format printing, and any other application where you want to get attention. Because of its many characters, this font is simple to recognize. Albori is an all-new family of contemporary OpenType fonts designed with versatility and modernity in mind. In addition, Albori has a lot of individuality, mainly through the use of rounded corners and smooth curves, creating a style very close to its origins. geora it is a semi-geometric straight sans serif font. This font is easy on the eyes and easy to interpret thanks to its playful characters, moderately low contrast strokes, and a little sprinkling of ligatures and alternatives. Equal to geora, Bolgart, also has thick structures and features semi-geometric elements. The only difference here is that this pick’s grooves are a little more pronounced. For example, the lowercase “R” fold is much deeper. Nuances like these give this pack a feel of its own. 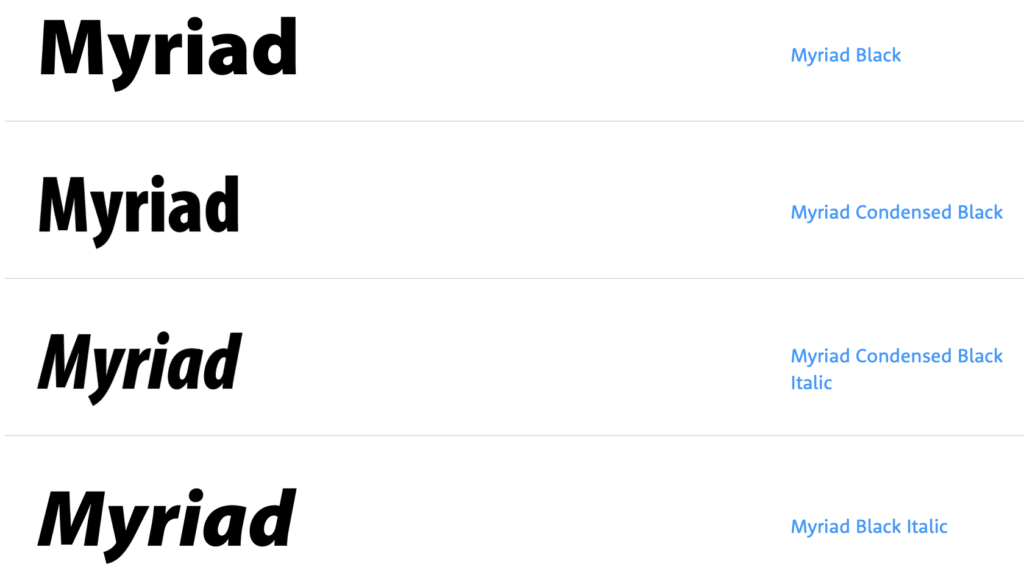 Who said the best fonts for dyslexia are few and far between? With over 40 fonts to choose from, Myriad® Pro is one of the most extensive fonts available in the category. Maximize it however you need to! A hand-drawn sans serif BN Bergen is available in three weights! This package is ideal for almost every aspect of graphic design, from architectural projects to editorial initiatives. Thanks to its contemporary geometric shape, getting through words with this aesthetic should be easy! hand of hamburg is a hand-drawn font inspired by German lettering. As a result, this recognizable style is light on the eyes and easy to read. 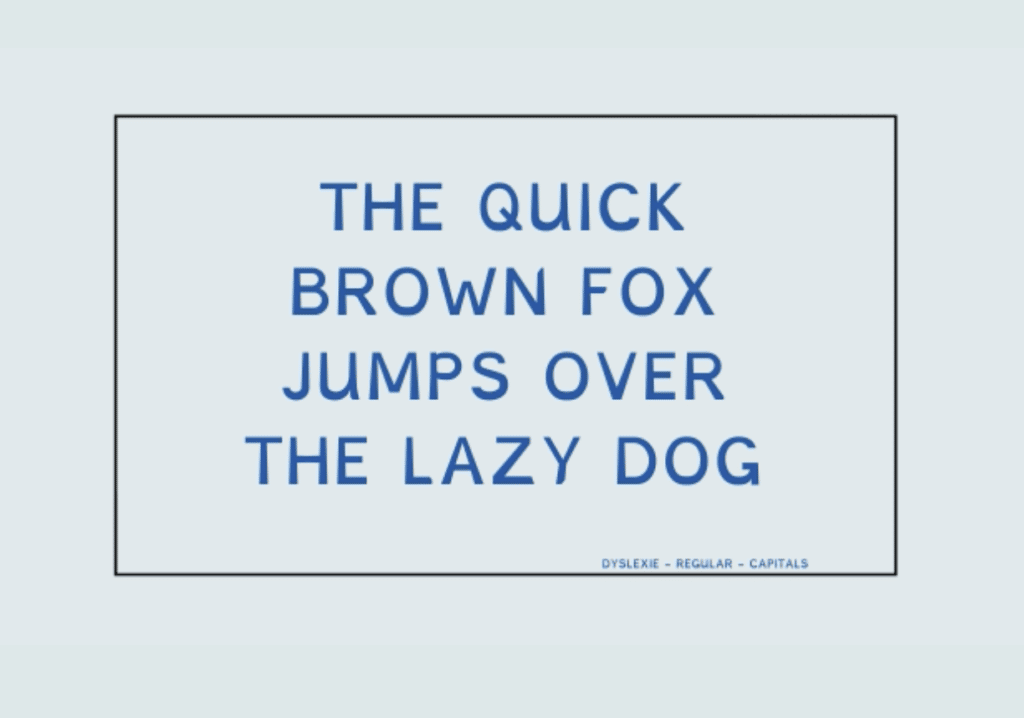 The dyslexia-friendly offer was created without considering any typography guidelines or rules. Instead, all the difficulties of dyslexia are used as a basis. The result? A unique and welcoming source that helps everyone realize their full potential. That’s not cool? Reading shouldn’t be difficult.

In short, the best fonts for dyslexia are great fill-in-the-blank solutions. Since there are countless sans serif fonts, we hope that our rundown of the top picks in the category will help you make the task of helping others read, write, and consume media easier. What’s your favorite font on the list?

Let us know in the comments section! 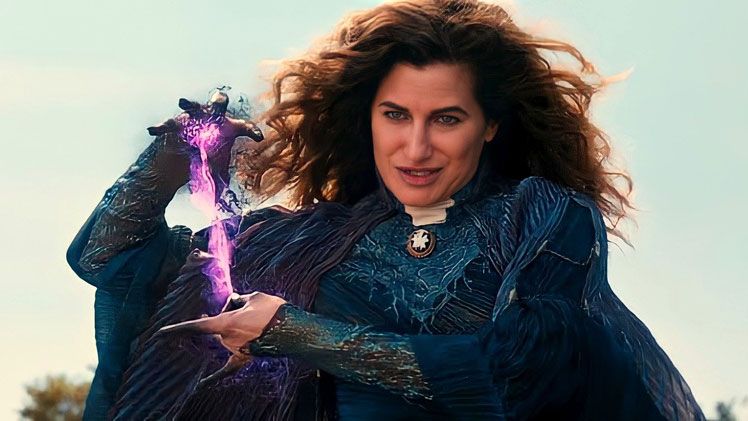 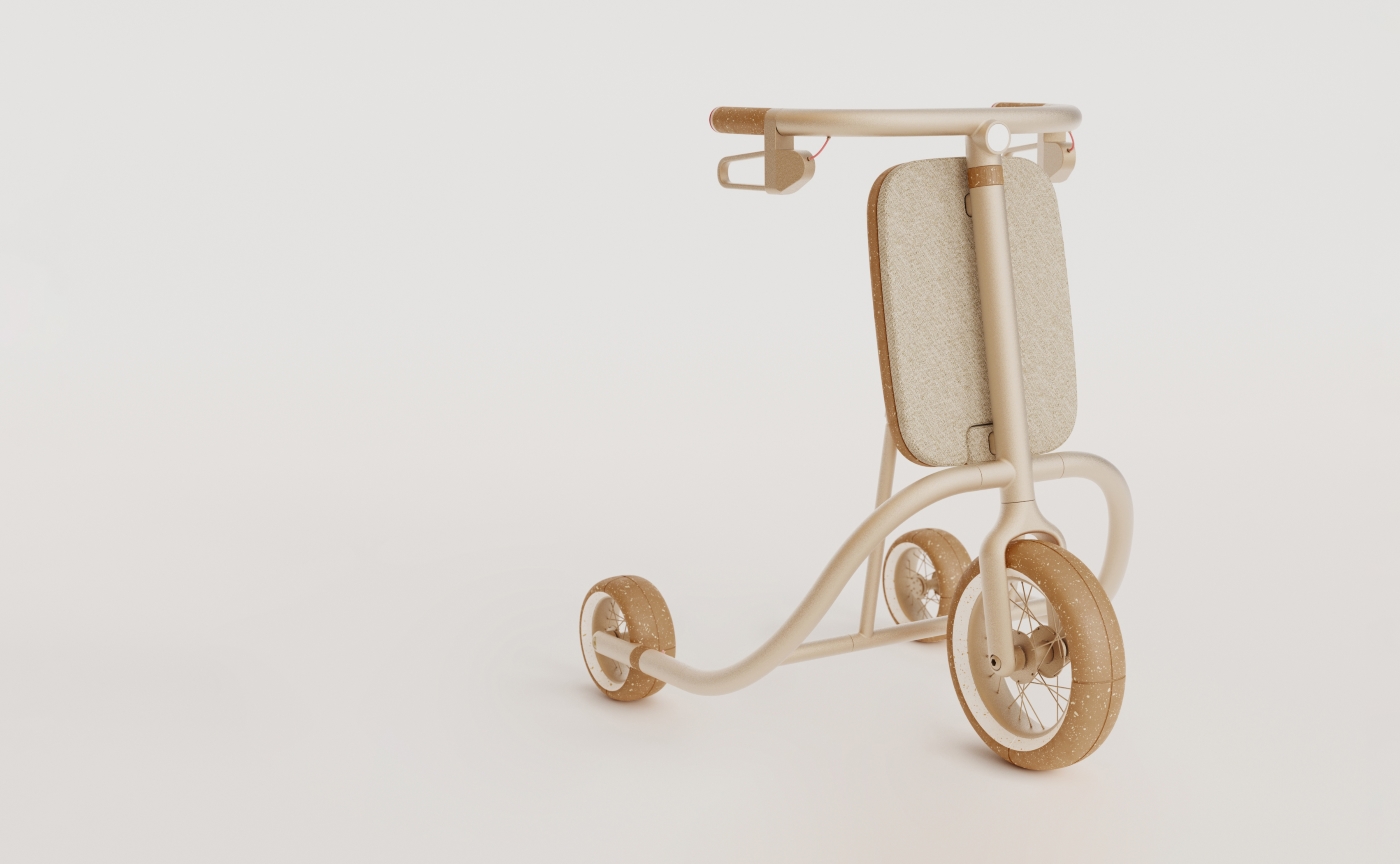 Designing for our future selves